Did NASA’s Curiosity Rover Spot a crashed UFO on Mars or is it just debris? Did a former NASA worker see men on Mars back in 1979? And, is there men right now on Mars keeping the rovers clean?

According to Jackie, at least six other NASA workers saw the two humans walking on the red planet’s surface on the monitors as well. Conspiracy theorists say this is evidence of a ‘secret space program’

Jackie’s claim follows a similar bizarre theory by physicist Dr. John Brandenburg who believes an ancient civilization on Mars was wiped out by a nuclear attack from another alien race. Dr. Brandenburg says ancient Martians known as Cydonians and Utopians were massacred in the attack – and evidence of the genocide can still be seen today.

He claims his theory could explain the Fermi Paradox – namely why, if the universe is abundant with life, we haven’t heard anything from anyone else yet. He warns, though, that we need to be fearful of an attack on our own planet, and should mount a manned mission to Mars to know what we’re up against.

Is This A Man On Mars Cleaning The Curiosity Rover?

Let’s talk about this a picture that’s been out for a while now spread all over the web of this now famous shadow figure cleaning the Curiosity rover. So what do you guys think? Is this an actual astronaut on Mars cleaning the rover.

As you can see in this picture the shadow seems to have short hair that is visible and in high detail. The person seems to have an air tank or air pack on his back and a suit that covers the body but not the head. I’m thinking maybe something like a scuba diver would wear. Like the new body packs, they have out.

Now, Just to be fair, looking at this second picture here, that was taken 28 seconds later, it still seems to be a person there, but if this is so they managed to keep perfectly still because the figure hasn’t budged even slightly.

So to me, this could also be the phenomenon called pareidolia where we as humans are wired to see faces and patterns in images. I don’t know, tell me what you guys think by leaving some comments below.

Speaking of the Rover. There were some pics of the Opportunity rover where it was completely covered with Martian dust, and then the next pics of it spotlessly cleaned. In fact, as far back as 2004, there were unexplained cleanings of the rover and the rover is still being cleaned today somehow because at of August 29, 2017, the Opportunity is exploring “Perseverance Valley” on the west rim of Endeavour crater. This is an astonishing feat giving the fact that it’s builders said that the rovers would only last 90 days due to the buildup of dust on the solar panels in this were back in 2004.

They also projected them to drive a total of 600 meters. However, both Mars exploration’s Rover Spirit and Opportunity both defied expectation and explanation. The spirit survived until 2010 after getting stuck in the rugged soil of Gusev Crater. And the Curiosity Rover landed in Gale Crater on Mars on August 6, 2012. Both the Opportunity and Curiosity are still going strong today.

In some sense, the rover parts are similar to what any living creature would need to keep it “alive” and able to explore.

THE MARS 2020 ROVER HAS THE FOLLOWING PARTS:

body: a structure that protects the rover’s “vital organs”

temperature controls:      internal heaters, a layer of insulation, and more

“neck and head”:   a mast for the cameras to give the rover a human-scale view

eyes and ears:         cameras and instruments that give the rover information about its environment

arm and “hand”:    a way to extend its reach and collect rock samples for study

wheels and legs:     parts for mobility

communications:   antennas for “speaking” and “listening”

Is This A Crashed UFO on Mars?

Ok, so the last thing I want to talk about is this alleged crashed UFO that curiosity spotted on Mars.

So here’s the picture of that right here. I’m almost sure you may have seen this on the web somewhere already.

Look at this thing man, I mean it appears to have lights on the back and front parts. It definitely a solid object, so I don’t know what the hell it is. And I’m sure if NASA knew themselves they would have mentioned it in the picture description you would think right.

What do you guys think? Leave some comments below… 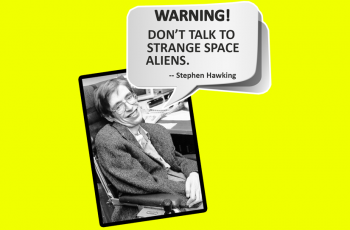 I recently sat down in an interview with a gentleman … 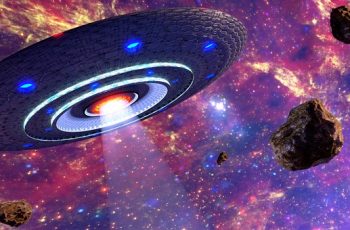