Home
Space Anomalies
Are Black Holes A Doorway To Another Universe?

Are black hole’s doorways between universes?

Are Black Holes how aliens travel to earth?

Two of NASA’s space telescopes, including the Nuclear Spectroscopic Telescope Array (NuSTAR), miraculously observed a black hole’s corona “launched” away from the supermassive black hole. Then a massive pulse of X-ray energy spewed out.

So, what exactly happened?

That’s what scientists are trying to figure out now.

“This is the first time we have been able to link the launching of the corona to a flare,” Dan Wilkins, of Saint Mary’s University, said. “This will help us understand how supermassive black holes power some of the brightest objects in the universe.”

NASA throws some breadcrumbs to us and then refuses to feed us the truth.

With this information spreading on the internet we are left asking ourselves when will we be told the truth.

Is our government holding the key to traveling through universes and purposely hiding the truth because they know what is on the other side?

We here at alien investigations would like to know why we are not being told the full truth about this situation.

What was that object shooting out of the black hole?

Leave your comments below and tell me what you think about the mysterious object spitting out from the black hole. What do you think it was?

This is Magalina Masso journalist, blogger, and reporter for alien investigations bring you the truth, the whole truth and nothing but the truth so help me God. 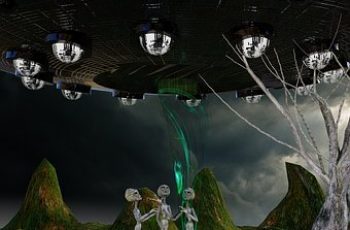 A scientist warns the human race not to make contact …

As alien and UFO phenomenon increases daily we owe it …