Beautiful places across our planet have turned into forbidden hidden secrets tucked away to hide the truth waiting to be exposed.

We’re going to take a look at a few places that have been under controversy stating officials have hidden the truth by portraying a story in such a way to scare us away from uncovering what is right in front of our eyes.

Island of Socotrais off the coast of Somalia in the Indian Ocean looks like it belongs on another planet.

This island has long been theorized by conspiracy theorists as a location for the biblical Garden of Eden.

The island is home to several species of plant that can’t be found anywhere else on Earth.

Big bulbous trunks and tiny gnarly branches that sprout from their tops make this island look like it just doesn’t belong on this planet.

Formed from coral the mysterious island cannot be ignored.

It’s breathtakingly, beautiful and full of lush vegetation which appears unblemished by man.

The island has been the subject of superstition and folktales that have been known for several cases of violence shipwrecks and mysterious disappearances of ships on and around the island.

Those who have observed the island and survived to tell their story’s have claimed having seen floating lights and crafts traveling over the island and then disappearing into the sky.

This beautiful land has been surrounded by activity that can’t be explained.

A volcano inside this island is the world’s largest crater lake and inside of this lake there sits yet another island which is called Vulcan Island.

This island happens to be located on one of the most active volcanoes in the entire Pacific Ocean.

Due to a volcano that has been quaking and bubbling since 1991 the island has been classified as dangerous and forbidden to venture around.

Many locals have claimed to have seen numerous objects that seem to be coming in and out of the top of the volcano but all reports have been buried with no explanations to thes sightings.

Anthropologist and archaeologist to this day are  perplexed regarding all of the statues left behind.

Anthropologists have claimed the clan Rapa Nui were the creators of these statues but many investigators have debunked this notion claiming Easter Island is still thousands of miles away from the Rapa Nui so how did they get there and how did they build such advanced structions without the technology?

In books such as Gods from Outer Space, author Eric Von Daniken theorizes that extraterrestrials, marooned on Easter Island, used lasers to built the statues,  perhaps to show the native inhabitants how to impress future generations.

Feeling confident, the native inhabitants try to produce the statues on their own, without lasers but couldn’t repeat the performance, leaving many statues uncompleted.

Right ofthe coast of  Venice Italy this is one of the most  horrifying histories of any island on earth.

During the Bubonic plague outbreak of the 14th century the government of Venice tried to quarantine the infected by sending them to Poveglia Island where they would live out the rest of the days.

Even after the plague subsided the site was used any time an outbreak would occur  but in the 1920s this building was turned into a mental institution where patients where subjected to horrible treatments by the hands of thier caretaker’s.

The island has since fallen into dangerous level of disrepair and the Italian tourism Bureau  has forbidden people from visiting the site without a long application and interview process.

Those who have been able to sneak on the island have claimed to have witnessed figures that have be described as small children with a greyish colored skin lurking in the shadows disappearing sending those screaming off the island never daring to return.

6) Island Of The Dolls

In Mexico City Borough of xochimilco has long been the Hub that connects the various canals and lakes of Mexico.

In one particular floating garden on the canal one day a man found the body of a young girl who had met with a tragic fate in the waters.

In one of the canals he spotted a doll floating in the water and believed it to it belongs to the girl.

In order to pay tribute to the girl he tied the doll to a nearby tree but as the days passed he still felt the girl’s spirit wasn’t at rest so he started to bring more dolls and hang them on the trees.

It has became a tradition to hang dolls on the trees of the floating garden.

It is still quite a frightening sight seeing all  the dolls in various states decomposing and many claim that the dolls  come to life protecting those who try to vandalize the property .

East LA bandeja from the 1500’s to the late 1900s there existed an island off the Yucatan Peninsula in the Gulf of Mexico at least according to Maps there was.

The island of remeha was long used in the geographical boundary for Mexico’s section of the gulf but several mapping Expeditions in the 20th century that went looking for the island couldn’t find it.

Many have questioned how an island could appear on maps for the better part of four hundred years but then suddenly disappear?

Most modern-day experts believe that the island never existed and may have been the result of a cartographic mistake.

Some scientists claim the island did exist but sank into the ocean.

Many conspiracy theorist claimed that the island still exists but that the evidence has been cloaked by new advanced technology given to our planet by aliens and is now one of the top secret places where activities take place with beings from other worlds working together with scientists.

As each day passes beautiful lands are being taken away from us forbidden us to seek the truth.

Are these just consequences or are these properties turning into alien bases preparing for a takeover right before our eyes?

If you have lived or visited any of these areas or have any additional information Alien Investigations would like to hear from you.

This is  Magalina Masso investigator and reporter for Alien Investigations bringing you the truth, the whole truth and nothing but the truth so help me God.

Have a story you want to expose?

We will listen when nobody else will.

108 Posts | Member since 2017-06-08
Ufologist, alien investigator, marketer, and writer. Don't ever let someone make up your mind for you. Do your due diligence and your own research if you really want to know the truth.
1 2
Prev Article
Next Article 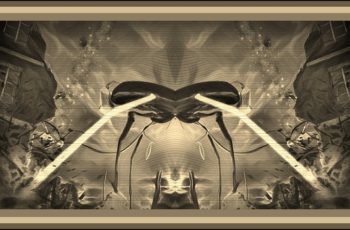 Many people are waking up with reports flooding the … 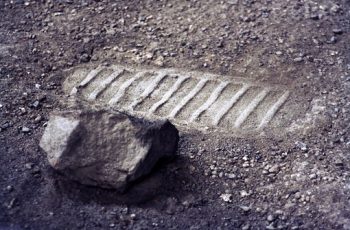 People claim that the aliens are tuning into humans from …