This massive new hole has been reported by Fox News and a host of other networks out there.

According to these sources, the massive hole is the size of Lake Superior. It appeared many miles inland from where the ice meets the ocean and scientist are baffled on an explanation as to why it’s even there.

The most mysterious thing about this hole is that this is not the first time it’s been spotted. It appeared last year for a brief period and it was detected back in the 1970’s.

Since it disappeared for several decades before showing back up, the scientist can’t explain the reason for its existence.

Could this possibly be one of the entrances into the mysterious Hollow Earth?

If you’ve never heard of the Hollow Earth Theory, it’s a concept proposing that the planet Earth either is entirely hollow or otherwise contains a substantial interior space.

Hollow Earth proponents have claimed a number of different locations for the entrances which lead inside the Earth.

Other than the North and South poles, entrances in locations which have been cited include:

Scientists estimate that the distance to the center of the Earth is nearly 4,000 miles (6,400 kilometers).

But it seems that drilling holes do not provide direct evidence against the hypothesis.

The deepest hole drilled to date is the Kola Superdeep Borehole, with a true vertical drill-depth of more than 7.5 miles (12 kilometers).

The Kola Superdeep Borehole is the result of a scientific drilling project of the Soviet Union in the (Pesh-in-sky)Pechengsky District, on the Kola Peninsula.

The project attempted to drill as deep as possible into the Earth’s crust. Drilling began on May 24, 1970 using the (U-ral-mesh)Uralmash-4E, and later the Uralmash-15000 series drilling rig.

This hole is still the deepest artificial point on Earth. The borehole is 9 inches (23 cm) in diameter. In terms of true depth, it is the deepest borehole in the world.

If there is no such thing as an entrance to Hollow Earth!

Then why has the government been covering up what’s going on at Antarctica?

And why is there a NO FLY ZONE for any aircraft over the central point of the North and South poles?

According to UFO enthusiasts, the following images you are about to see were quickly deleted from existence by NASA.

Admiral Richard E. Byrd (an American naval officer who specialized in feats of exploration) according to his flight logs and secret diary state that there was something there.

However, after doing some deep investigative work I came across some information that led me to believe otherwise about Bryd’s trip inside the hollow earth.

I’ll read you the proof. I found a site called bibliotecapleyades.net  and the evidence is pretty striking, but I’ll let you decided for yourselves.

In 1928 Admiral Byrd published his account of the 1926 North polar flight in a book titled Skyward. On page 196 Byrd reveals the following information:

“When our calculations showed us to be about an hour from the Pole, I noticed through the cabin window a bad leak in the oil tank of the starboard motor. When I took the wheel again I kept my eyes glued on the oil leak and the oil pressure indicator.”

Compare this information to the following passage from the so-called “secret diary.”

Once again, the odds of Admiral Byrd having the exact same problem with the same engine on two different flights 11 years apart would probably be about the same chance of you winning the next lottery. And it gets better, or worse, depending on your point of view. I mentioned my research into the diary to my friend, and colleague artist Robert Van (allin)Aulen and he responded by sending me a video copy of the 1937 MGM motion picture “Lost Horizon,” drawing my attention to a scene where the star, Ronald Coleman has an audience with the Dali Lama in Shangra-La, a lost city in Tibet.

The Master tells him that there “is a dark time coming” but that:

“You, my son, (said the Master), “will live through the storm. You will preserve the fragrance of our history and add to it a touch of your own mind. Beyond that, my vision weakens … but I see in the great distance a new world starting in the ruins … But in hopefulness, seeking it’s lost and legendary treasures, and they will all be here, my son, hidden behind the mountains under the blue moon, preserved as if by a miracle…”

Now, let’s compare that with what, according to “The Secret Diary of Admiral Richard Evelyn Byrd,” was a meeting between The Admiral and the “Master” of the (Arian-ne) Arianni:

“Yes, my son,” replied the Master, “the dark ages that will come for your race will cover the Earth like a pall, but I believe that some of your race will live through the storm, beyond that I cannot say. We see a great distance a new world stirring from the ruins of your race, seeking its lost and legendary treasures, and they will be here my son, safe in our keeping…”

It appears to me that the “Master” of the (Arian-ne)Arianni was either a great Ronald Coleman fan that spent his time watching old surface world movies or … this is a blatant case of plagiarism. You decide.

As Editor of THEI I, like Ray Palmer am seeking the truth. And in our quest, I believe we should not only shout out about anything positive we find but also, just as loudly expose anything we find to be false. Therefore. Like Palmer, I am offering the pages of The Hollow Earth Insider.com to anyone who can offer proof that the 1947 North Polar flight ever happened or that this diary is authentic.

But, to be honest with you … I don’t believe there will be any takes. I believe I have proven my case. On the cover of the original propertied diary is the question: “Is This “The Missing Secret Diary of Admiral Richard Evelyn Byrd?” I say NO!

End Quote. Again check the links in the description to this article and the alleged diary in question and you decided for yourself.

You can Read the so call secret diary here.

Do you believe in the Hollow Earth Theory?

Leave me some comments below on what you think about the Hallow Earth Theory guys. 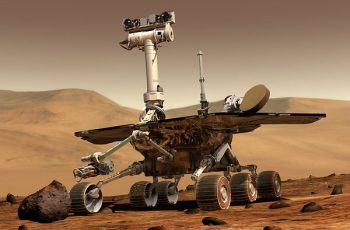 A base on Mars called Yellowknife has everything you need …