So basically, this information comes from a guy named William Rutledge. He is a seventy-eight-year-old man currently living in Rwanda. He claims to be an astronaut that traveled to the moon on a mission called Apollo 20, which was the moon mission where they went inside two ships found there to harvest all the technology that they could find.

Was Apollo Really A Secret Mission?

Rutledge also stated that is was not hired by NASA, but actually by the USAF (United States Air Force)

It was also noted that Apollo 14 mission took photographs as they flew over the polar region of the dark side of the moon, recording numerous ships, oddly shaped buildings, and ancient towering cities, most appearing abandoned for millions of years.

Investigations state that Apollo 14-17 indeed shows that all Apollo missions flew over that polar region of the dark side of the moon with each of those missions landing within a few hundred miles of each other, indicating that something about that area was of high scientific value.

The main mission was to explore a mother ship long since abandoned but discovered in Apollo 14 photographs. The mission took place near Deporte Crater, where you can plainly see a massive cigar-shaped object in these NASA photos.

If you are wondering how big that is compared to things on Earth, here is a picture I found from Ramistrip.com depicting the size and scale of this thing.

To make this story even more credible, UK Hacker Gary MacKinnon also discover this info when he hacked into the US computers. He saw US Marines stationed off world, names, ranks, ship names, their jobs and purpose.

Now here’s where it gets fascinating.

Rutledge states they entered two ships the cigar-shaped mother ship, the other a triangular-shaped ship. Most the mission fell on exploring the mother ship, which NASA believed crossed the universe at least 1.5 billion years ago. He said they witnessed many signs of biological life forms inside, like old remains of unusual plants in the section that apparently contains the engine for the craft.

Another biological species came in the shape of triangular rocks that emit droplets of a yellow liquid that has medical properties. And even extra-solar creatures.

He also said they found tiny creatures that were living in a complex network of glass tubes all along the interior of the ship. And the most startling of all the discoveries was when they came upon tow human-like bodies, one of which was totally intact even after over a billion years on the ship.

The one intact Extraterrestrial Biological Entity was female and they named her Mona Lisa. She was estimated to be about 5’ 4” tall and was naked. She had genitals, hair and six fingers and they thought that that could possibly mean their mathematics may have been based on a dozen.

It was apparent that her function was to be a pilot. She had piloting devices attached to her finger and eyes, yet had on no clothes. She had two thin cables that ran into her nose area but noted that she had no nostrils.

A thin transparent coating protected her hair and skin, they stated that they didn’t have a medical background so they made a simple test.

They decided to take off their bio equipment and attach it to the Extraterrestrial Biological Entity so that it could send the telemetry back to Mission control medical experts. She is now on Earth and she is not dead, but they wanted to post other videos of her before talking further about her.

They also found a second body, but it appeared to be destroyed. They took the head on board. The color of its skin was a pastel blue or blue-grey. The skin had a bit of unusual inscription over the eyes and forehead. There was a strap without inscription around the head.

The cockpit of the cigar-shaped mother ship was full of calligraphy and was made by lengthy hexagonal tubes. The actual age of the spacecraft was 1.5 billion years old, which was confirmed during exploration. The density of the meteor impacts on the ship and on the Monaco hill at the west of the ship validated the age Rutledge said.

Is There A City on The Moon?

The city they found was long since abandoned and turned to worthless piles of scrap, except one taller larger building they called the cathedral. There were writing or calligraphy deeply pressed into every piece of metal and it was thought that the ship and city were similar in age.

Rutledge also said that he finds it bizarre that no one ever asks him “Why is it necessary to hid UFO’s?” He says it’s a question of economics. All the currencies on Earth are based on the value of gold, he states.

And most people don’t know that gold is an exterritorial metal that is created when a star dies. When a star dies, its mass grows greatly, atoms get compressed and then the start explodes. Large amounts of gold get spread across young solar systems. That’s why gold is a carbon-free metal. This means that it is the most common substance in the universe.

And in fact, there were several of these patches of gold color mineral that shows up in videos. Now, according to Wikipedia or whoever put together this Wikipedia page states that this is all a hoax. And I’ll let you guys be the judge.

But I also found this interesting picture doing some more investigation work which shows how the video of the city on the moon was put together.

And this is why I love research and investigative work…

And that’s the purpose of my YouTube channel, to find out if a story is real or not. We want to try and distinguish the truth so you as the viewers will have a better idea of what is false or real info.

In fact, we now know that there are many ancient structures that were found on the dark side of the moon, because on two occasions, two different people got to see the actual unedited photos from the NASA archives of the original pictures from the lunar missions.

Sergeant Karl Wolfe was one of them. He was asked to fix some photographic equipment on the base at the first Lunar Orbiter program, so his security clearance was raised due to him being the only person at the time able to fix such equipment.

As he was in the Lab, an airman came up to him saying, “we discovered a base on the back side of the Moon.” Wolfe was stunned of course as the airmen showed Wolfe some photographs that clearly showed geometric shapes, well organized and well-designed structures on the Moon.

It was also reported in March of 1996 scientist and engineers who took part in the Moon and Mars exploration met in front of Washington National Press Club to discuss their findings.

They announced that numerous man-made structures and objects were discovered on the Lunar surface. They also stated that there was a mass of evidence of abandoned cities and they observed ruins of the Lunar cities, transparent pyramids, and domes.

So, I’m leaving up to you guys to make your own decision on this one. Do your Due Diligence on more research

Watch The Video Of This Story Below… 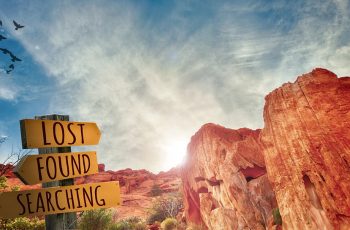 Alien abduction stories have been around for quite sometime. Many … 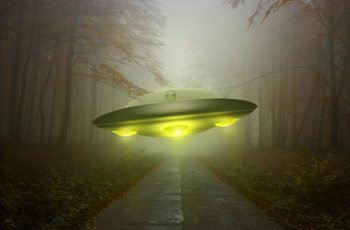 We have seen many movies and have been told many …