One of the creepiest parts of the truly scary “The Conjuring” is the evil possessed doll Annabelle.

The Doll Annabelle Is Now Lock Away But…

Director James Wang redesigned Annabelle for the movie giving her a much more disturbing appearance but in real life Annabelle was just your regular Raggy Ann doll.

Donna got Annabelle from her mother in 1970.

Her mother bought the used Doll at a hobby store

Donna was a college student at the time and living with a roommate named Angie and at first, neither thought the doll was anything special but over time they notice it seemed to move on her own.

They finally agreed to bring in a medium.

A seven-year-old girl named Annabelle Higgins had been found dead in the field next to the building and her spirit remained.

When the doll came into the house the girl latched onto it because she found Angie and Donna to be trustworthy.

They were both nursing students so they agreed Annabelle could stay with them and that’s when all hell broke loose.

They started having nightmares of Annabelle choking them, claw marks on their chest and didn’t take them long to contact a priest.

A priest performed an exorcism

A priest performed an exorcism in the apartment and the Warrens took possession of the doll.

They put it in a bag and began the long drive home and agree to stay off the highway because there was a concern that the demon might mess with the car and at 65 miles an hour that would be disastrous.

As they drove on the back roads the engine kept cutting out, the power steering cap fell off, the brakes gave them trouble so Ed pulled over the car opened the back and poured holy water in the bag.

Eventually, the Warrens built a locked case for Annabelle

Eventually, the Warrens built a locked case for Annabelle and she resides there to this day.

It seems like whatever terrible entity is attached to it it’s still there waiting, buying it’s time for the day when it can be released once again.

Do you believe in the tale of Annabelle?

Would you have this doll in your house?

This is Magalina Masso journalist and reporter for Alien Investigations bringing you the truth, the whole truth, and nothing but the truth so help me God. 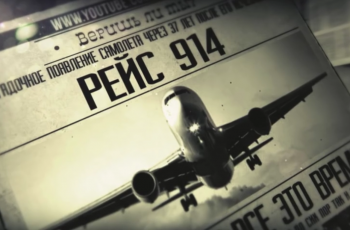 All the sudden you’re at an airport and a strange …