All the sudden you’re at an airport and a strange plane requests to land and you realize that this is not a plane from present times but from the past.

An aircraft with 57 passengers on board landed in Caracas Venezuela in 1992.

It landed after 37 years of disappearance when it disappeared in 1955 during a flight from New York to Miami.

But in less than a few minutes the plane took off again like a ghost and disappeared into to the clouds.

The people on the plane aboard was thinking they were still 1955 and they had landed in Florida.

According to the other managers, they realized that there was something supernatural when the plane approached the airport and there was no sign of it on the radar.

When the pilot was told that the date was May 21st, 1992 he just said oh my God and started to breathe uncontrollably.

When the ground crew approaches the aircraft the pilot shouted over the radio “STAY AWAY WE’RE LEAVING NOW”!!!

What really happened to this plane and where did it go?

Is the plane still flying in the sky looking to get back to the past?

Leave your comments below and tell me what you think.

Although this is a really interesting story the fact is that it is just that A STORY!

I recently found a site that debunks it with lots of data to back it up.

Here is the site that got to the bottom of this story and where it originated from: CLICK HERE! 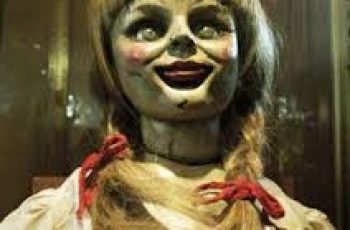 One of the creepiest parts of the truly scary “The …