Do you believe in ghosts, haunted places, evil and good lurking in the beyond?

If you’re someone that enjoys  spooky paranormal places then you might want to put Colorado Springs on your map of things to do, for it is home to some of the creepiest places across the world.

If you’re lucky enough to be from the Colorado Springs area, there’s a good chance that you’re well aware of the tunnels on Gold Camp Road.

A breathtaking drive that carves it’s way through North Cheyenne Canyon that will leave you amazed at the beauty.

If you haven’t took the time to go up there you might want to put aside some time as the winter draws closer for some say the Paranormal Activity in the colder months increases.

There are still rumors floating around of teenagers who tried to go past the gates and left screaming in terror.

Many of the locals in the Colorado Springs area are familiar with the legends surrounding the tunnels and choose to stay below where they feel safe.

It started with nine tunnels dug into the hills, but as railroad travel became less and less the tunnels where closed due to budget cuts and only three were left open for automobile traffic.

According to folks one of the remaining tunnels collapsed while a school bus full of kids was going through smashed into the side killing the driver and all the children  leaving their little spirits to linger around the tunnels playing jokes on those who dare to question what others  have warned not to do.

People have reported everything from tiny hand prints on their vehicles, being scratched, tugged by invisible forces to the giggling of little children’s voices.

One of the ways folks have tried to test the ghosts in the area is by parking one’s car in neutral in the second tunnel at night.

It’s reported that the courageous people willing to push the skepticism away have felt pushing against their car, sometimes enough to slowly move their vehicle uphill in the tunnel.

Some have even mentioned seeing the figure of a man walking to the back of their car to give it a shove then suddenly disappearing.

If you’re feeling bold, head up to the second tunnel and test out these rumors for yourself.

Don’t forget to grab your camera or cell phone and if you grab something really good send it into us and we may feature it in an upcoming blog or video.

This is Magalina Masso  investigator and reporter for Alien  Investigations bringing you the truth, the whole truth, and nothing but the truth so help me God. 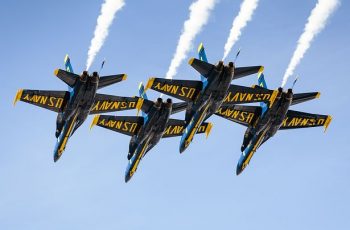 Flight 19 was the designation of a group of five Grumman …