Home
Aliens
Was Nikola Tesla Born On Another Planet And Brought Here To Live On Earth?

Young Generations are unaware of Nikola Tesla who is one of the greatest scientific minds in adventures the world has ever known.

Even though he is entirely absent from our history books, he is the man that created the foundation for today’s technology and lifestyle.

In addition to all of his inventions, Nikola Tesla was among the first people on earth who claim to have intercepted alien messages from outer space.

Nikola Tesla is the man who harnessed lightning he was a true genius and he envisioned new technologies far before their time and even claimed to have had contact with extraterrestrial beings.

Tesla seems extremely convinced about alien life elsewhere in the cosmos and in fact, not many people are aware of the fact that in 1900 while he was working at his famous Colorado Springs laboratory Nikola Tesla announce that he intercepted extra terrestrial radio signals.

When talking about Tesla and Aliens and the infamous Black Knight satellite which wasn’t confirmed and tracked by researchers around the globe until 1932 Interestingly Tesla believes he had spotted in 1899 while working in his Colorado Springs laboratory he started hearing mysterious rhythmic sounds on his radio receiver.

Others May scoff at the suggestion of communicating with one of our Heavenly neighbors as Mars or treated it as a practical joke but Nikola Tesla stated I have been in deep arnest about it ever since I made my first observations in Colorado Springs and at the time there existed no wireless plans other than mine that could produce a disturbance perceptible in the radius of more than a few miles.

Further more the conditions under which I operated where ideal and I was well trained for the work the character of the disturbances recorded precluded the possibility of there being of terrestrial origin and I also eliminated the influence of the sun, moon, and Venus.

I then announced the signals consisted in a regular repetition of numbers and subsequent study convinced me that they must have emanated from Mars.

In fact, according to the American physical Society physics, Nikola Tesla had concluded that the mysterious signals or the strange unnatural object the signals were originating from was extraterrestrials or at least their effort to communicate with Earth.

In conclusion, we understand that Nikola Tesla stated on multiple occasions that he thought he intercepted signals from intelligent beings from outer space Tesla indicated that even the most primitive or simple form of communications like the eventual exchange of numbers could, in fact, be an intelligible radio transmission originating from advanced extraterrestrial beings.

Was Nikola Tesla one the first ones to receive communication from another world?

When Tesla passed away the US government confiscated his possessions and his notes were held by the office of alien papers and eventually shipped to Yugoslavian or were they?

We know Tesla attempted to create deathrays, wireless energy, and powerful gyroscopes but there’s one thing we don’t know was what was in those notes?

Here’s where it gets crazy, thousands of people believe the US government suppressed technology. 😲😲😲

The government wouldn’t hide the truth about aliens visiting our planet from us,  would they?

This is a very interesting story that dates back way before alien activity jumps to the front burner.

Whatever you believe in you have to think for a second. There are tons of people out there trying to let the public know of their findings, credible people that have been hushed up but for what reason?

If this was all false information and this was just a bunch of people trying to stir up some trouble why are they doing everything in their power to make sure that situations like this is covered up?

I’d like to know your feedback on this story and one of the people that paved the road for the truth and then disappeared into the background.

Leave your comments below and don’t forget to check out our other interesting blogs.

This is Magalina Masso journalist and reporter bringing you the truth, the whole truth and nothing but the truth so help me God. 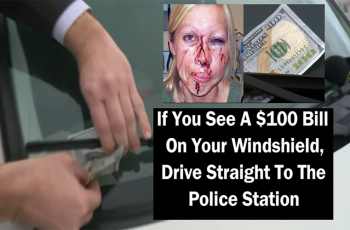 This scam has been reported back in February 2017 and … 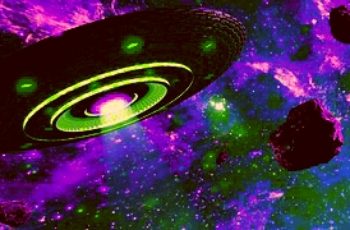 Have you ever looked at the sky and wondered if …